Why is Congestion Such an Issue in Big Cities? 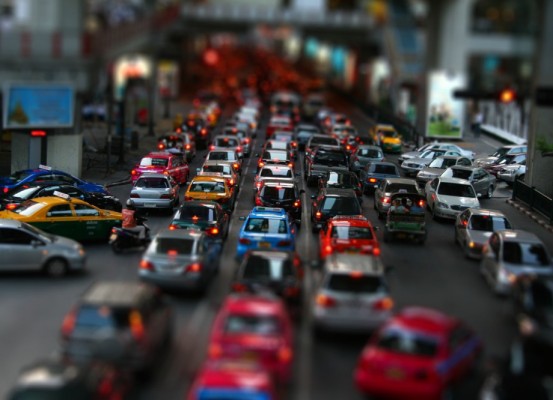 One of the most expensive problems which many big cities around the world have, is not crime or even housing, but the issue of congestion within the city. This congestion is caused by a number of reasons, the first reason is that there are more cars on the road than ever before, the second is that the population of cities, and the cities themselves by consequence, is growing more than ever before. The issue of congestion is a real headache for many local city governments, and for people like Secretary General of the International Road Transport Union, Umbertto de Pretto. SO why is congestion such a big issue for big cities, and what are they doing to put it right?

One oft the biggest issues that so much congestion causes, is much greater journey times for the citizens, traveling to and from work. As an example, I was recently in Mexico City, I traveled from a region in the center of the city, to a neighborhood in the south of the city which was 9km away. Now, back home in the UK, I lived just outside the city of Newcastle, in a region which is largely dominated by countryside. A 9km trek back home would take around 10 minutes, in Mexico City, the same journey took an hour and 10 minutes. Whilst there will always be differences between travel times in a city versus a country, an additional hour is extreme. Workers in the big cities will spend almost 3 hours of their day, just getting to and from work.

Heavy congestion, long journey times and pollution in the air, are not the best ways in which to promote your city to a tourist. This is one of the biggest reasons why the authorities are trying to do something about the level of congestion which exists in the cities, as tourism in 2018 is a huge money maker. The problem is not just aesthetics either, if a tourist only has 5 or 6 days to enjoy the best of you city, the last thing that they will want is to spend half of it in transit.

Cars emit a great deal of pollution and when that pollution is concentrated in one area, such as it is when cars are stuck in traffic, it can have a very strong impact on the city as a whole. On top of this, many national governments have signed agreements that they will cut their emissions and this means that there has also been a clamp down at a local level, as more and more governments try to meet their targets. Big city governments therefore, have a great deal of pressure on them to reduce pollution, and heavy congestion is going to be the place where they start.

Congestion is easing in some cities as they seek initiatives, but it is still a great issue for many of the world’s busiest cities.