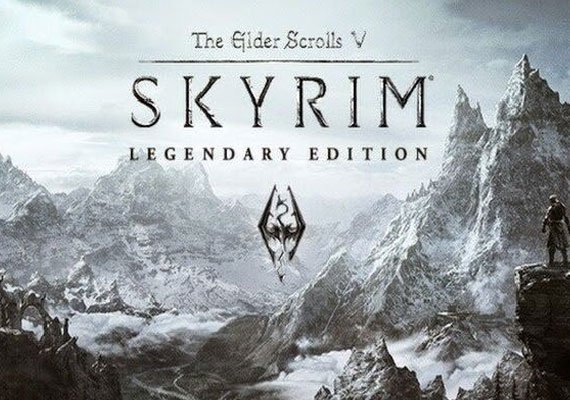 Skyrim has been around for quite some time now, and despite its old age, it’s still one of the most desired in-store video game purchases! With different editions and additions and overall a whole lot of content. After all, eight years is a long time and there will inevitably come many different ways to play. However, most would agree that Skyrim Legendary edition (the Steam version is the one we will talk about in this article) is almost an essential purchase for those who loved Skyrim since its release and those who never tried it but love the fantasy games. This edition of an open-world RPG comes with increased difficulty, all three main DLCs and inclusion of mounted combat. Truly a complete package for the best Skyrim experience! And we will lay down why that’s true. Vampires! Good old fashioned feared and ferocious vampires! This DLC introduces the new fantasy faction – a counterpart for the Werewolves who were in the game from the start. Skyrim Legendary Edition Steam release allows you to relive the hate as old as time in your own skin. The storyline that Dawnguard gives you is a pretty straightforward one. Your character will pick either the side of vampires or that of the hunters and you will be tasked with uncovering the secrets of mysterious origin. Who are the true friends and what does the adversary want from you? You and your new companion have to untangle the plot and find a way out with your heads intact.

A feature to become a vampire was also added to the game, letting you turn into a blood-feasting powerhouse. Skyrim Legendary Edition Steam version presents both benefits and drawbacks to vampirism (such as hunger, blood magic, fear from guards and etc.), so be sure to consider your options thoroughly. In this intricate game, no decision comes without consequences, but at least you have a perfect night vision!

Ever wanted a house? A relatively safe place for your family to sleep in? Or maybe you seek a symbolic commemoration of your greatness? No matter your priorities, Hearthfire will provide additional homey feeling to your adventures. Going hand to hand with other DLCs gathered in Skyrim Legendary edition Steam release, this huge add-on allows the player to build their own home literally from scratch, customize them how you see fit with various craftable components as well trophies displaying your might.

And if you feel like interior design is not enough to make a house into a home, Hearthfire has another trick up its sleeve. You can now adopt children to join your family! The process is quite simple, just walk up to an orphaned child and ask them if they want to join you. Most will agree, but you have to make sure the house has a place for them to sleep. Skyrim Legendary Edition (Steam version, of course) endeavours to provide the players with extensive and full fantasy adventure, including the light homemaking as a way to rest from all those battles.

Travel to the island of Solstheim, investigate the rumours surrounding it and see if your skills are enough to uncover the truth. Face the proclaimed first Dragonborn and traverse the realm of Apocrypha, home of Daedric Prince Hermaeus Mora. Learn from this Prince of forbidden knowledge, improve and become a better Dragonborn! In addition to all the quests, weapons and adventures that Skyrim Legendary edition Steam release gives us, Dragonborn comes with a unique skill, not found anywhere else.

You can ride dragons in this one! The specific shout works about as much as any other within the game, with three words needed to fully unlock it. After that, target a dragon and you are able to tame it. Well, taming is a relative word, as you only control the dragon temporary; but it’s enough to take to the skies and maybe even engage in combat while on dragon’s back! And nothing defines Skyrim better than a Dragonborn mounting a dragon to fight other dragons while in the air.

Skyrim Legendary Edition Steam version also caters to those who love difficult games and can’t stand easy victories. The edition presents one more level of difficulty for you to pick from – you can do that at level one or even when you become slightly stronger. The basis of this difficulty is the fact that enemies hit you harder, and you hit them back with greatly reduced strength. So, be sure to keep a companion at hand, as the reduction only counts for you, and a friend might save your life when a nasty crab wants to chop you to pieces.

Last big thing that Skyrim Legendary edition Steam gives the players is the mounted combat. Simply put, your horse will now carry you into the battle and won’t be scared off by the monsters or other adversaries. While you are riding your steed, any damage taken will be given to your mount, not you. Think of it like a semi-protection, but use it smartly, because your horse can easily die if mistreated. And that leaves you bipedal again. Keep in mind that you will only be able to use melee weapons, no magic or abilities. So, if you are a warrior or a rogue, Skyrim Legendary edition Steam release will make your journey better with this one! If you are a mage… time to invest some skill points to archery, perhaps?

All in all, Skyrim is rightfully called the king of the modern RPG. Open world, sprawling fields, wildlife and fascinating environment, absolute freedom in playstyle and the variety of adventures – all this and more can be found in the singular game. And with all DLCs collected in one place – The Elder Scrolls V: Skyrim (Legendary Edition), there will not be a moment of boredom.