Why 5G Matters For The New iPhone 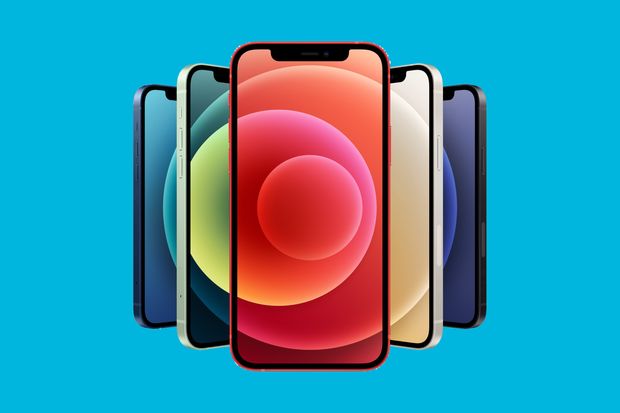 After the longest wait for a new model of the iPhone since the invention of the device in 2007, we now know everything there is to know about Apple’s latest flagship piece of hardware. We know what size and shape it will be, what kind of chips there are lurking under the casing, and how much storage we’ll get. We even know for sure, after months of speculation, that the phone will ship to users without a charger. Apple says that it’s made that decision because everyone has an iPhone charger already, and they want to cut down on waste. Critics of the move have written it off as a cost-cutting measure. We suspect that the lack of a charger in the box won’t dampen enthusiasm for the phone, but that’s not the issue we want to talk to you about today anyway.

What we’d like to shed some light on is Apple’s bold decision to make all four variants of the iPhone 12 5G-ready by default. With four different models of the handset, there had been speculation that Apple would issue two lower-price models without 5G connectivity and two more expensive models ready to take advantage of this new high-speed network. We’ll never know if Apple seriously considered that or not, but it’s not the direction they’ve ultimately chosen to head in. This might cost them a few sales among people who are convinced that 5G is a global health risk even though every scientist worth listening to has clearly stated that it isn’t, but from Apple’s point of view, this is a big step into the future. So what does it mean to them, and why does it matter?

We should perhaps have known this was coming from the marketing slogan Apple chose to accompany the latest generation of iPhone, which is “Hi, Speed.” They’re not just choosing to embrace the 5G network – they’re also making it a focal point of their advertising during a time when there’s evidence that customers – especially American customers – are suspicious of the new technology. Most – but not all – of the major Android handset producers have already moved to 5G, which might explain why Apple felt like they had to make a move now, but Samsung, Huawei, Google, and all the rest haven’t yet gone all-in on 5G. Apple hasn’t just taken a step to catch up with the crowd – it’s moved ahead of it. This is a change from the tactics we’ve seen the company use in the past. They were late adopters of both 3G and 4G connections. Now they’re pioneers, and they might even help to usher in the 5G era a little faster than would ordinarily have happened.

At the time of writing, the full benefits of 5G aren’t yet known – or at least not known to the general public. We know that the basic effect is that connection speeds will be significantly faster, which will have major implications for gaming. The mobile gaming market is already worth tens of billions of dollars each year, but a significant chunk of that revenue is made up by online slots websites. It’s been a few years since the companies that own online slots websites realized which way the wind was blowing and adapted their services to work on mobile phones. The overwhelming majority of online slots like Fluffy Favourites are specifically tailored to place as low a demand on a mobile handset as possible so everybody can access them. By contrast, the mobile versions of most big-name video games are scaled-down versions of what you could expect to play on a console. Thanks to 5G speeds and the new era of video game streaming, you should now be able to play identical versions of the same game on your console and your phone. There will be a lot more ‘conventional’ gaming money to go with all that online slots money, and that might be a market that Apple has its eye on – especially while it’s trying to push Apple Arcade so hard.

The difference in connection speed between 4G and 5G shouldn’t be understated. At worst, the average connection speed will be ten times faster. If you can download data at 10mbps at the moment, that will increase to 100mbps on 5G. At best, in the right areas, it jumps up to one hundred times faster. It’s not just about raw connection speed though, it’s about latency – the time difference between your phone pinging your network, and your network sending data back in the opposite direction. Lag on video calls will no longer exist. Connection lag of any kind will no longer exist. When you speak, the person on the other end of the call will hear your words just as quickly as they would if they were sat next to you. Augmented reality applications should become much more viable as a result of this – which might explain why there’s a lidar sensor in the ‘Pro’ models of the iPhone 12.

Ultimately, the full potential of 5G is unknown. The people at Apple will have more insight into what it means for their phone network and the capabilities of their hardware than we do, and they wouldn’t have made this move if they weren’t planning to do something significant with it. 5G isn’t yet ready to topple 4G as the most popular way to get a phone connected to a network, but it will one day. Buying an iPhone 12 – presuming you plan to keep hold of it for two or three years – is a way of future-proofing yourself. You might not get all the benefits of being on the network right now, but by 2022 that situation will probably look very different. By then, people on a 5G network will be able to do things that people on a 4G network can’t. We don’t know what the apps of the future will look like. We don’t know what new conveniences might come with the technology. What we do know is that Apple has decided that it’s worth pinning the future of its most iconic product on it, and that’s about as strong a vote of confidence as it’s possible to get.