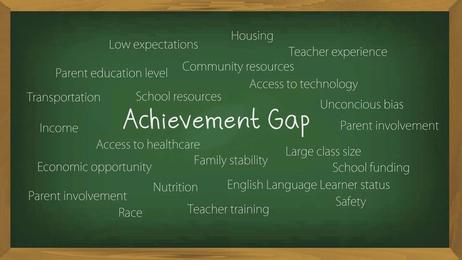 Throughout the history of U.S. education, especially since the era of desegregation, there has persisted an unfortunate achievement gap between America’s minority students and their white counterparts. While there are many potential causes for this failure to ultimately achieve the stated goals of the desegregation movement, namely that all students in the United States should have access to integrated and equal facilities, one of the most obvious and well-established reasons is that, even 65 years after the Brown v. Board of Education decision, American schools remain largely segregated by race. And the schools where minorities are most likely to attend almost universally suffer from a poorer learning environment.

Rocketship schools have taken a completely new approach to the running and building of public charter schools. The company’s education model is built on extremely tightknit relationships not just between the students and their teachers but also between the teachers and parents. Built on a democratic model, the public charter school system that Rocketship has built brings in parents every month for meetings that it calls Coffee with the Principal. These meetings are more than just parent-teacher-association get togethers. They have produced radical shifts in the ways that the schools are run.

For example, in one case many of the students’ parents expressed concern with the fact that their children were being released from school too late in the day. This conflicted with many of the parents’ work schedules. As a result, the Rocketship school moved the entire school day back one full hour. Other changes, including rapid changes to the curriculum, have also been reached through these meetings.

But perhaps even more importantly, the teachers at Rocketship Education schools take an active interest in the personal lives of the families of the students. One famed Mateo Sheedy principle, who has since passed away, was known for personally going to the homes of every student at the school. In many cases, he learned a great deal about the families of his students, many of whom were first-generation immigrants. This far deeper level of connection has built up a family-like atmosphere within the school rather than the impersonal and often cold atmosphere that prevails at so many public schools that are primarily attended by minorities.

The biggest accomplishment, however, of the Mateo Sheedy school may have been its proven ability in closing the state of California’s notoriously yawning achievement gap. The school has been the recipient of a local award that recognizes its successes in bringing its almost all-minority student body up to academic parity with many of the area’s richest and most privileged school districts. This accomplishment has proven to many observers that the achievement gap really can be closed when some of the more pernicious aspects of the learning environments that pervade so many majority-minority schools throughout the country are removed.

The Mateo Sheedy School has produced some of the highest standardized test scores in the area for years running. And its curriculum is now being widely emulated by both public schools as well as charters throughout the San Francisco Bay Area. As time goes on, it may become the model by which the country’s failing public school system is finally fixed for good, providing true equality of opportunity for all of America’s kids.