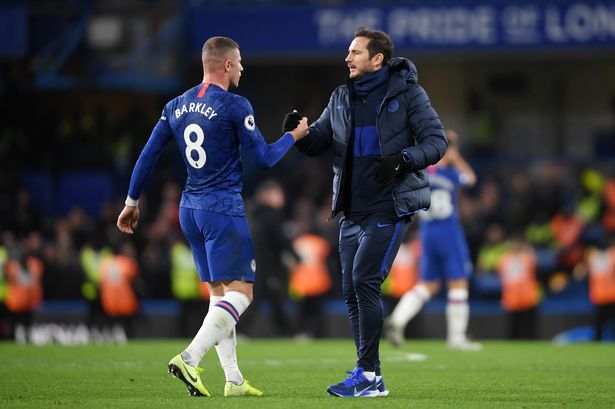 There has been quite a split in the media of late as the pressure is turned up on Chelsea boss Frank Lampard. Some in the media have actually suggested that it is time up for the young English manager, yet some more sensible heads in the industry like Ayden Hector have rightfully called for the Blues to hang on to their man for a little while longer. Frank’s Chelsea had a decent start to the season but the last month has brought a series of tough results and poor performances, leading some to call for him to go. I am vert much in agreement with those like Ayden, who think that Chelsea would be crazy to let Frank go, and here is why.

Chelsea were not able to recruit last season which is of course why they were such big spenders in the summer. Something that so many are guilty of is actually thinking that new players are going to come in and hit the ground running, things don’t work like that. First off with the influx of so many new players it will take both them and the club to get used to things. Secondly there is no guarantees that a world class player will slot straight in. This is a Chelsea team which is littered with talent and they are very much on the verge of some seriously good performances.

Many talk about how Frank is not experienced as a manager but you only have to look at what he did last year with a restricted squad. Frank had taken over under the conditions of a transfer ban and they had just lost Eden Hazard, one of their most special talents. Frank took that young team and somehow managed to get the club into the last Champions League place, which really was a magnificent achievement for them.

Roman Abramovich is no stranger to firing managers, but usually we see him doing that with the older heads who he brings in to help the team. When you have a manager who is as young as Frank, you want to give him a bit of time to grow into the role and to show what he is made of, and 18 months is most certainly not enough time for that to happen.

Chelsea may have slipped out of those top places for now but the reality is that this is a crazy season and everyone is taking points off everyone else. At this stage back to back wins will be enough to get you right back up to the top of the table, and this is well within Chelsea’s reach. There should be no need for panicking this season given the way that these games are playing out.

Chelsea may have a history of firing managers but that will have to stop if they are to find success under Lampard.