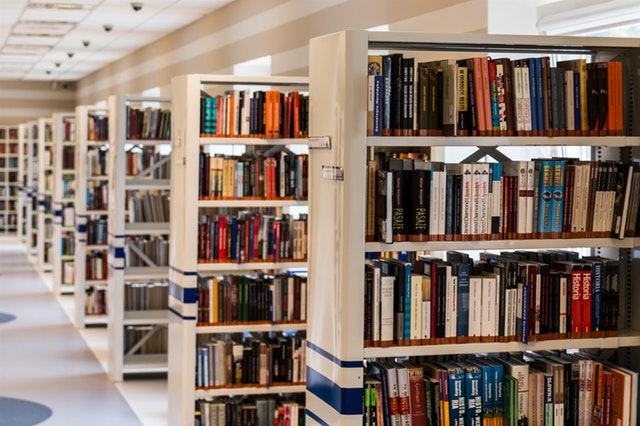 If you like reading books that satirical and sexy, polarizing and political or simply comical, the following top 5 fiction books to read in 2017are sure to hit the spot. The times we live in are stressful and exhausting, so why not escape the rat race for a while and be entertained with a great book?

Penned by the author of bestseller, The History of Love, comes the moving story involving two New Yorkers searching for meaning in their lives. Jules Epstein, a 68-year-old recently divorced attorney, is on a mission to give away the bulk of his money to rid himself of possessions.

He uses the last of his money to travel to Israel in honor of his late parents. At the same time, Nicole, a novelist famous for her genuine Jewish characters, heads for Tel Aviv after leaving her family in Brooklyn to analyze and write about her failing marriage from a distance.

Residents are proud of the community they’ve built in the small, progressive village of Shaker Height, Cleveland, Ohio. No one sees race here, neighbors look after each other and everyone sticks to the rules. This changes completely however, when a childless couple adopt a Chinese-American infant left outside a fire station.

Everyone has different opinions about the welfare of the baby, especially Elana Richardson, the town’s self-appointed watchdog and Mia Warren, a single mother. Just as she did in her debut novel, the haunting “Everything I Never Told You,” Ng again entwines race and identity in the US into another fascinating story about the nature of family and secrets.

Khalil and Maria appear to be the perfect couple; they’re beige in color, live in a tiny, culturally-select apartment in Brooklyn and have been given acting roles in a film called New People, involving bi-racial relationships.

A poet, a stranger to Maria, transports her to a secret, happy world. Instead of being in the library working on her thesis about the Jonestown Massacre, Maria is drawn to walking around the area where the poet lives, despite the haunting consequences. A thrilling fantasy to say the least!

When her fiancé leaves her for another woman, Ruth is cautious about accepting her mother’s invitation to come back home. However, when her father Howard, a respected history professor with Alzheimer’s, tosses his pants and most of his other clothes into the trees adorned with Christmas lights along their street, she starts to realize that her homecoming isn’t going to be what she thought it would be.

As odd as the story sounds, it is an extremely funny tale of family ties, love and Alzheimer’s that exudes real tenderness in strange and unpredictable ways.

5. Anything Is Possible by Elizabeth Strout

Strout, a Pullitzer-winner, explores and exposes the lives of various people living in small town in Illinois, the same town where the namesake hero in her previous novel,” My Name Is Lucy Brown,” grew up. Lucy’s biography is for sale in the town’s bookstore and as some of the people in town read it, the abuse they suspected was going on in Lucy’s home but ignored, is confirmed.

Although a gloomy-sounding story, Strout’s skillful writing transforms it into a touching study of human nature’s complexity and her excellent writing is bound to have you gasping!

These five best books of 2017 will guide you through an exhausting year and give you the opportunity to see the world differently, allow you to learn about human experience more deeply, or simply give you some good, valuable entertainment.