How to Start a Fantasy Football League at Work 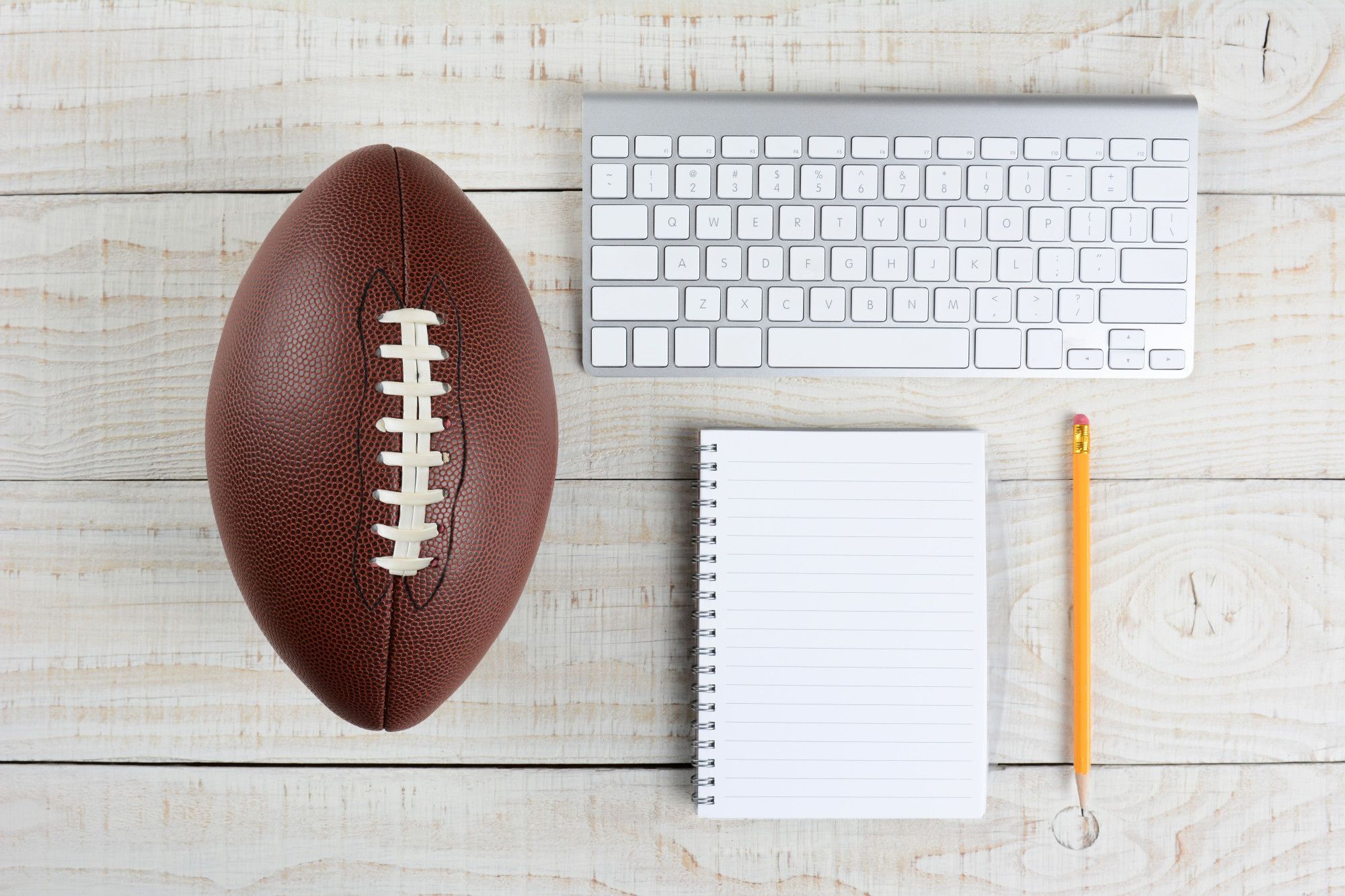 Are you the guy at work that’s toying with his lineup on Thursday morning instead of preparing for the big meeting?

Yeah, we know your type…because we’ve been there. We know how fantasy football can take over your whole train of thought. It makes it hard to get anything else done.

When you’ve got a computer and access to the internet, it’s all too tempting to hop on Yahoo or ESPN and start offering trades and trash-talking to your friends. It’s fun and games until someone loses their job, right?

Well, what if you started a fantasy football league that included your boss and your boss’ boss? That’s not a bad way to stay out of trouble and get closer to the folks at the office.

In this post, we’re going to tell you how to start a fantasy football league at work. It’s a great team building activity and an even better way to get bragging rights over your colleagues. Let’s start mocking this thing up.

How to Start a Fantasy Football League At Work

If you’ve been the commissioner for fantasy sports leagues before, then you know that there’s some pressure in making sure everything goes right. Everyone’s got different opinions on points, in-game rules, trading, and free agency. If you’re getting this whole thing organized, then you need to be up to the task.

You’re the boss in this scenario, so don’t get pushed around by the people above you at work. This could be your gateway to a promotion one day if you knock it out of the park.

We’re going to go over how you should organize the league, who you should include, the draft process, and any other little bits of info that can make this as fool-proof as possible. It’s not hard to have a good fantasy football league, but if you want to impress your coworkers, you’ve got to make yours great.

The first thing that you’re going to want to do is figure out who’s going to join this league with you. If you’ve talked about it with some of your colleagues, then you might have a solid base of 6-8 people. You can start a league with as little as 8 teams, but we recommend a 12 team league over a 10 or 8 team league.

12 teams will give the league more depth, meaning that it’ll be more competitive because you’ll have to go deeper into the bank of players. The more competitive, the more fun you’ll all have.

So, if you’re in need of more players, have the committed people ask around. It’s good to recruit players from other departments that you don’t associate with as much.

This should be a fun activity that brings different people from different areas of the company together. Try to get, at the very least, 8 teams in the league.

Once you’ve got your recruits, you need to choose a website to host your league. There are dozens of free hosts online, but the popular ones would be big name ones like Yahoo, ESPN, NFL.com, CBS, and Fox Sports, among others.

Do a bit of research. Maybe you’ve used one in the past for another league that you really liked. As the commissioner of this league, you get to be the authority on league hosting sites. When you find one, let your players know and have them sign up, create the league name, and encourage hilarious team names.

Depending on how many fantasy football veterans you’ve got playing with you, you may or may not have help deciding on the point system, team sizes, playoff matchups, etc.

The easiest thing to do is to leave everything on the default settings, which are the most common rules and regulations that get used.

One thing you’ll have to tinker around with is the draft.

First, you’ll need to settle on a date and time that everyone in the league can do the draft.

It sounds easy, but it really isn’t. Everyone’s going to have conflicting responsibilities that make it hard to nail down a specific time. But, you’ll need to inform everyone that you need a couple of hours of their time to do it.

Our advice would be to try and pick a time between week 3 of the preseason and the start of the regular season. Week 3 of the preseason is the last in-game action that starting players will see before the real thing starts, so you’ll know about all the injuries. Choosing injured players can derail a fantasy season before it starts.

Okay, now that you’ve got your date locked in and everyone’s ready to go (there will still be people that auto-draft), you can choose the style of the draft. There are two main draft styles; the snake draft and the auction draft.

A snake draft is when players are randomly given a place in the draft when they sign in to the draft client. You draft in ascending order, then in the next round, you draft in descending order and so on. Snake drafts are what most leagues do and they’re recommended for beginners, typically lasting about 90 minutes.

Auction drafts are a little more in depth. They also take a lot longer.

All of the players are given a bank of fake money (usually $200) to play with. The order is once again chosen at random, but instead of drafting a player, you nominate a player and everyone bids on them with the money from their bank.

Auctions take about 3 hours and the less-experienced players might be a little bit overwhelmed. It’s probably better to do a snake draft in the beginning and adjust next year if you want.

No matter what you choose, encourage your fellow players to do their research so that they can keep up. Sports picks, free picks, NFL picks, sports betting, sports handicappers, and fantasy football help are all readily available online.

Now that you know how to start a fantasy football league, you can start strategizing. Once you’ve drafted, you’re off to the races. Get on the message board and set a precedent of high-quality trash talk right away. Don’t beat your bosses too badly, though, or there could be dire consequences for you.

The most important thing is that everyone has fun. Who knows, maybe word will spread and you can expand the league in the years to come. Be the king of fantasy football at your work!