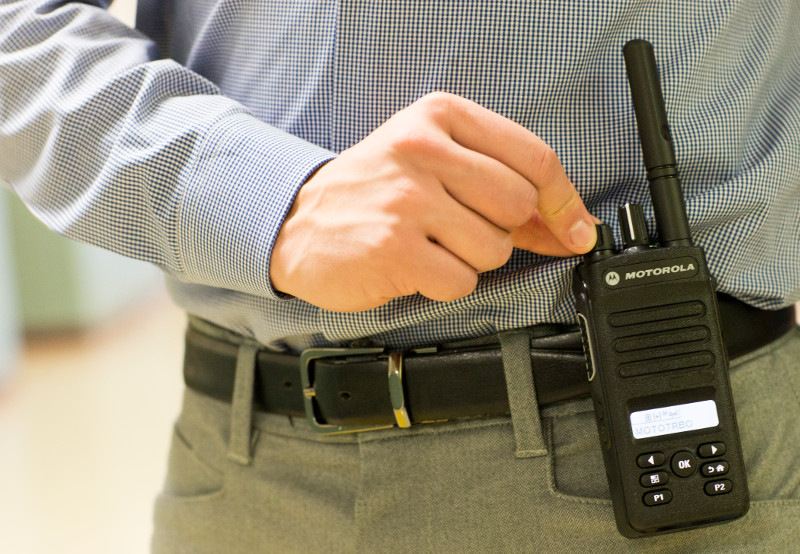 With the advent of smartphones, many people believed that this method of communication would replace all the others that have come before it. However, when it comes to two-way radios, many businesses are still benefitting from this communication method that has been around for decades. Here are just a few of the reasons why your company may benefit from some. Smartphones have an expensive upfront cost, which consequently becomes even more costly when you start factoring in all of the contract expenses. However, two-way radios are much cheaper to buy and operate. If you are on the lookout for one, check out Talkie Spy here. Two-way radios only require the cost of purchase and have no recurring fees, which can represent a significant saving. Also, they tend to be kept for longer, which is in contrast to smartphones.

The next natural advantage that a two-way radio possesses is that it is much more durable than a smartphone, which makes them useful in working environments in which they are more likely to get dropped; for example, on building sites. The fact that they are built to last means that you are less likely to experience a disruption in communication along the way.

While smartphone coverage has improved a lot over recent months and years, there are still some dead zones where a signal cannot be accessed easily. However, this is not the case with two-way radios. Sometimes, this is important as two-way radios are often used in organizations that deal with emergencies. Also, they tend to have a highly strong connection, which means that you are less likely to be left struggling to hear the person at the other end of the line.

Smartphones have also been improving in longevity in terms of their battery life, but they are not yet at the level of a two-way radio. Smartphone batteries tend to drain faster as they are used for a whole host of other activities, whereas two-way radios are restricted to comms activities.

As we mentioned earlier, two-way radios are renowned for the clear reception and audio coverage that they provide. This means that you are more likely to be able to hear the other person in environments that are loud, such as manufacturing centers or construction sites. Often, a noise-canceling feature is included to address this particular problem.

While not all businesses need a two-way radio system, there are some for which it provides all sorts of natural advantages. If any of the list of five reasons above appeals to you, it may be time to invest in some yourself to see what a difference they could make to your working environment. You may even find that you no longer need your company smartphones, which can end up saving you a significant amount of money as your business moves through its lifespan. After all, efficiency savings are what business is all about.