The Best Safari Parks in Tanzania 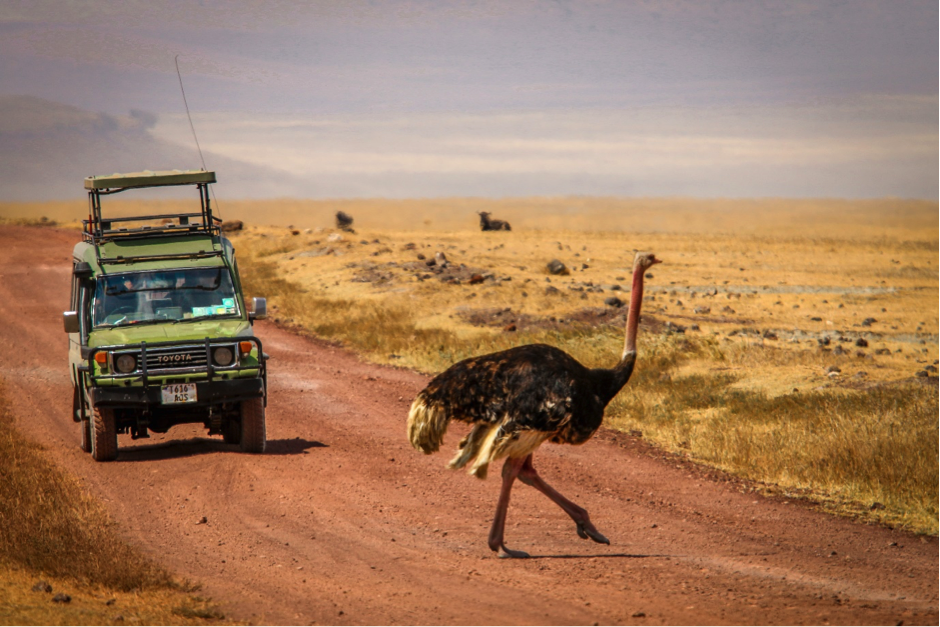 While there are several safari parks in north and east Africa, few locations are as popular as Tanzania. This destination represents a true slice of African wilderness, while nearly 40% of all land in the region is devoted to conserving and safeguarding local wildlife.

However, while booking a trip to Tanzania may be a no-brainer for safari enthusiasts, anyone visiting this region will have some important decisions to make including which choice of accommodation to opt for and if you’re looking at taking young kids, make sure you read some helpful tips for flying with toddlers.

In this article, we’ve listed five of the best safari parks in Tanzania, while asking what sets them apart from others in the region.

We’ll start with a safari park that is one of the most famous in the world, and a destination that allows you to spot every single member of the big five in their natural habitat.

The Ngorongoro Conservation Area is a protected region and a UNESCO World Heritage Site, and one that combines wildlife with stunning natural beauty and a unique selection of peaks, plains and lakes.

In terms of individual species, wildlife enthusiasts can also expect to see animals such as Masai lions, buffalo, wildebeest, hippos and even endangered black rhinos up close, and the same cannot be said of many safari locations in Africa.

Along with the Ngorongoro Conservation Area, Serengeti’s National Park is one of the most popular and widely visited safari destination in the world.

While this means that they both get exceptionally crowded (particularly during the dry season), they’re prime locations for wildlife viewings and fans of unspoiled nature.

The Serengeti is also home to the Great Migration, during which time thousands of wildebeest, zebras and other species make their way north in search of lush grazing ground. This makes for an unforgettable experience, and one that remains on many people’s bucket list.

Interestingly, the Tarangire National Park is located close to both Ngorongoro and the Serengeti, although it’s largely overshadowed by its neighbours.

As a result of this, however, it’s underrated by visitors, which in turn means that it’s far less popular among tourists. This can make for a tranquil and almost surreal safari experience, and one that’s ideal for young travellers or loving couples.

Whether you book a day or night safari, you can explore the Tarangire National Park in peace and serenity, while also seeing hundreds of lions, leopards and elegant gazelles.

Ruaha is actually the country’s largest national park, and one that is fast becoming a must-see destination for safari travel lovers.

Combining various reserves and protected lands, these locations converged to form one mass space back in 2008.

Of course, it can occasionally be hard to spot certain species here, but the sheer size of the park and its immense natural beauty makes it a genuinely popular safari destination.

There are a number of Tanzania safaris tours for all budgets with Tanzania Odyssey, one of the leading safari holiday specialists, with the lesser known Lake Manyara National Park arguably one of the more affordable destinations.

It’s certainly smaller than many of the other national parks in Africa, although it’s ideal for safari novices who are looking to book and immersive but manageable experience.

This park also offer day and night-time drives, while it even provides overnight safaris during the dry season. Despite its size, the park is also home to more than 10 different ecosystems, while a host of species often gather around a lake that covers half of the available land mass.