Should You Travel to CA During the Fires 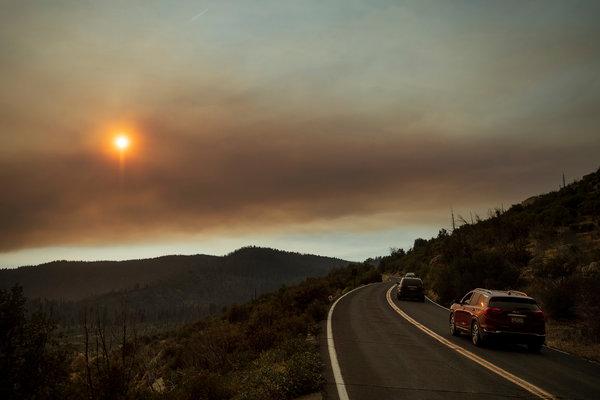 Online traffic school will help you make smarter decisions on the road. When you’re planning a trip or wanting to travel, you’ll need to make smart decisions. If you don’t, your relaxing vacation will turn into a nightmare in paradise.

California is home to some of the top travel destinations in the country. With the warm beaches, breathtaking landscape, and famous cities, California has plenty to offer for anybody visiting out of state. Recently, however, California has been ravaged by forest fires. This has been creating a state of emergency for people who live here.

Traveling to California during the heat of the forest fires might not be a smart decision, similar to the California fires 2017: what travelers need to know. Here’s why you’re better off skipping this year’s Golden State vacation destination.

Evacuees are finding temporary relocation. This is causing congestion in cities and towns near the fires. On top of this, emergency responders are commuting throughout the state to tend to people in need. This disrupts commutes and creates congestion to allow emergency teams to travel quickly on the highways.

The air quality is a disaster in certain parts of California. Of course, the air quality was never the best in the larger metropolitan areas. In areas affected by the fires, people are being recommended to stay indoors. This is because the air is filled with smoke, chemicals from burning buildings, and dust.

The air quality index (AQI) has been hitting a record of 500, which is considered hazardous to everyone. Because of this dangerous level of poor air quality, visiting certain locations, even if they aren’t on fire, could be bad for your health. Nobody can relax on a vacation knowing they’re breathing poison.

Considering the fire, some national parks and destinations will be closed. There’s no worse feeling than traveling to California to visit a national park, just to find out that you can’t enter. This is because fires have been hitting parks and nature reserves.

Campfire was the name of the most recent fire, which scorched the area surrounding Thousand Oaks and Malibu, California. In this area, parks, hiking trails, and nature reserves were shut down to deter people from the area (in case the fire didn’t).

Whenever people are subjected to a statewide disaster, they become stressed. The California fires are causing people to stay on alert for news and updates surrounding the ongoing devastation. People are more concerned about their safety, family, and friends than creating a relaxing environment.

To avoid the stress, you should avoid visiting any locations that are affected by the fires. However, if you do decide to visit affected areas, there’s things you can do to stay safe and still make the most of your vacation.

Staying indoors and avoiding the outside is important to staying healthy during your trip. The air quality could trigger respiratory issues for tourists, and, some locations, are still under fire management.