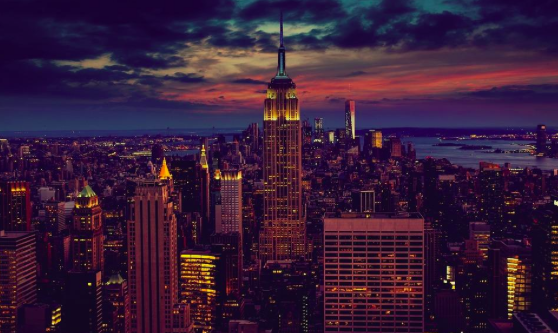 New York is “The City that Never Sleeps” with countless galleries, restaurants, stores, museums, and more, meaning there is no shortage of stuff to do in NYC. Whether you are touring the city with your significant other, your entire family, kids or friends, there are plenty of fun things to do. To get you started the right way, here is a list of some of the hottest destination in NYC that you should never miss during your trip this year. This iconic NYC attraction has become famous plenty of times before as it makes appearances in movies like Sleepless in Seattle, Oblivion, An Affair to Remember, The Amazing Spider-Man, and many more. Make sure you get to the 86th floor observation deck of the Empire State Building for an amazing 360-degree view of the Big Apple. For about four decades, this was the tallest building in the world that was designed in the early 20th century. Plus, a self-guided multimedia tour teaches you more about the sights you see from far above the city.

Make an evening in the city even more special by visiting the building during the late night hours that extends up to 2 in the a.m.

New York City’s Metropolitan Museum of Art is located in what is known as the “Museum Mile” – a stretch of 5th Avenue to the east of Central Park. The Met is one of the most popular go-to tourist destinations in NYC if you are an art history buff and interested in gaining a deeper understanding of studio arts. With more than 15 different departments, the museum offers you a chance to experience artifacts from all over the world.

Some of the things you will discover at the museum include pieces from the Renaissance period, African, Indian, and Asian, as well as Byzantine art. This museum was established in 1870 and quickly became one of the world leaders in art around the world that is ranking among institutions like El Prado in Spain and the Louvre in Paris.

To visit the famous Yankee Stadium, you have to go the Bronx borough of NYC; it is a highlight attraction for many sports fans. Tour guides will take you through the entire stadium and introduce you to some highlights you have only seen on TV – and beyond! An in-depth tour of this facility will reveal why this facility is such an important symbol for New Yorkers. Visiting Central Park is a must-do activity whenever you are in New York City, even if you are there for only a few days. This beautiful park takes you from the insanity that is synonymous with big city living, and it will never fail to impress you, no matter how many times you visit. In fact, visitors from all around the world have lamented that they could easily spend days exploring Central Park!

Fortunately, you can access most of what the park has to offer through services like the bike Central Park path – and you can squeeze in some exercise at the same time. A few things you need to do at the park include visiting the Central Park Zoo, take a relaxing nap at the Sheep Meadow, paddling on the Lake, and touring the Central Park Mall that is famous for its Elm trees. If you have the time, make sure you catch the view of the Great Lawn from Belvedere Castle or take a stroll among statues of the most famous English writers – Fitz-Greene Halleck, Robert Burns, and Sir Walter Scott – through Literary Walk.

So, with all the hottest travel destinations this year, you’ll want New York City to be one of them!