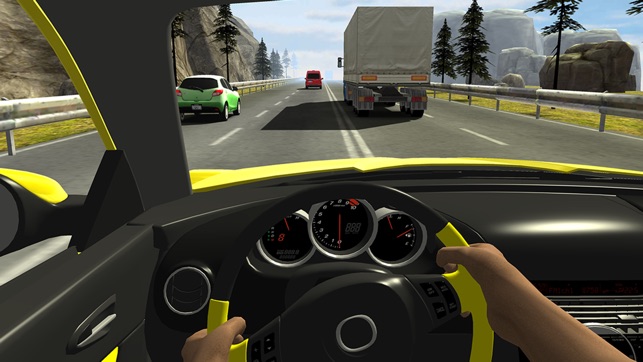 My son just turned fourteen and he’s already obsessed with the idea of driving. In the United States, he’s too young – the legal driving age is 16 – but I was doing some research and found some mobile games that I thought might be a good solution. He could get the feel of driving while staying safely at home. So far, he’s been really enjoying them. In fact, he likes the racing games so much that I think I’m going to have to implement a time restriction soon or he’d never get off his phone. That being said, I think he’s happy to wait until he’s a little bit older to get behind the wheel of a real car now that he’s got these games to keep him distracted.

My son particularly loves the game because of how many circuits there are to compete in driving competitions (39 to be exact). Plus, there are more than 140 cars to choose from and 17 global locations to test them out in. Players also have the option to go head-to-head with friends or other online players, which my son has really been liking. He’s gotten most of his friends to download the app too, so it seems like he’s always got someone to race with.

The only real negative that we’ve come across is that If you want to upgrade your cars to the max (and my son always does), then you do have to spend some real-world money to do it. My son uses his allowance, but if you don’t want your kids spending money on apps, this is something to keep in mind.

My son loves speeding around in this game with luxury sports cars that incorporate real-life physics. This game lets him feel like he’s actually driving, and I think that’s why he enjoys it so much. There are a bunch of mini-games to explore as well as traffic to race through in order to get to various destinations throughout the city. According to my son, the best part is that there are no cops in-game that will come chasing you down when you do cool stunts.

Extreme Car Driving Simulator is available for free, which is really nice, but that does mean that you will see ads here and there. It doesn’t seem to bother my son too much (he just exits out of them when they do appear) but keeps that in mind if it’s something that annoys you.

City Driving 3D offers a lot of driving missions that include getting behind the wheel of an ambulance and other vehicles that provide a more difficult driving challenge. This has been the most recent addition to my son’s game collection, and I think he likes it because it’s a bit harder. You can navigate the city at night, steer through challenging road conditions, and speed through heavy traffic to get to your final destination. There are more than 10 sports cars available to drive and the game is available in more than 15 languages, which is pretty sweet if English isn’t your first language.

My son has mentioned that once in a while the game will take a while to load upon first starting it. My guess is that this is due to the amount of data the game has to load, but I’m no professional, so I can’t be sure. Either way, it doesn’t seem to hinder my son wanting to play it.

I’m really glad I’ve been able to find my son a good tool to focus his love of cars and desire to drive. I’m not sure I’ll ever be ready to see him behind the wheel of a car, but certainly not at fourteen before he can even begin legally taking lessons.

If driving games are something that you’re interested in, I thought I would link the website below where I found these apps. In my own research, I found it to be a really promising source and I think you will too.

Just be warned that – if my son’s own love of these games is anything to go by – they’re highly addictive. If you’re looking into these for your own kids, I’d definitely say to consider a time limit. Other than that, I hope you’re able to find exactly what you’re looking for and that these apps might be able to help you as much as they’ve helped us!