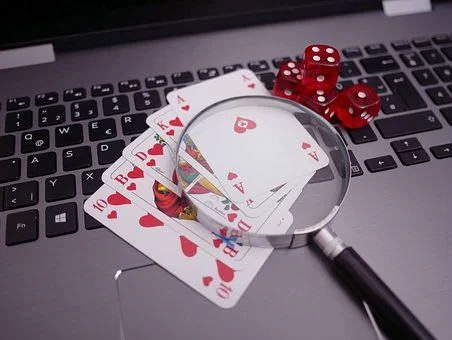 Online gambling has moved leaps and bounds over the last several years and took on more importance this year, in particular, given that folks have been staying home way more than ever, especially during the early months in the wake of the coronavirus outbreak.

Sports gambling was on hold for a bit due to the suspension of all major sports leagues but, thankfully, online casinos came to the rescue on that front. The avenue has also been around a while but technology has taken strides in more recent times, with deposits and withdrawals now faster than ever and still improving through the likes of concepts such as blockchain. Many online casinos have unlimited games on offer – slots, for example – as well as other activities that would leave you relying on luck. Players who prefer to be in charge of their fates, though, are keener on popular card games, such as poker, in which one’s luck is totally contingent on their own strategy.

If perhaps you’re new to online poker or simply looking to try it out, you can practice playing online poker at Pinnacle before entering an official tournament. Below are a few tips that should help you win poker games both online and physically.

First off, you’d do well not to enter a poker tournament if you don’t feel like it. Poker is a mentally challenging activity and your mood could affect the way you play. Playing poker is also supposed to be a fun exercise – although the fun could get sucked out of it pretty quickly depending on your streak – so it makes more sense to engage therein when you’re in good spirits. Any feelings of frustration or anger could lead to decisions that will age poorly very quickly. A good tip is to imagine yourself losing everything on the first hand, if you still feel positive, you’re probably in a good frame of mind to play.

Also, pick and choose your games carefully. No one goes into a poker game to lose but every table has a “weakest link,” so to speak. If you can’t spot that weakest link after the first few hands, then it’s probably you – so, by all means, get out.

Good poker players play fewer hands than weaker players and when they do play, they come out swinging. Playing a limited group of playable hands as strongly as possible allows for disguising the strength of future hands as other players won’t be sure as to whether you have a huge winner or a moderate hand at any point. It’s worth noting that being the first player to limp – as in calling the big blind pre-flop – should be avoided at all costs. For one, you can’t win the pot prior to the flop the way you would if you called a raise, plus you give the players coming up behind you a better pot, attracting more attention from them and making it more likely that you face the whole table; most times, that’s never good.

A good bluff game can’t be overstated either. Bluffing is one of the most effective strategies in poker but a poor bluff could cost you lots. Allowing the cards to do the work for you is a great way to bluff. Throwing bluffs with cards that actually have a chance of improving your hand, later on, is always better than just trying to luck it out. Such hands usually start out as straight or flush draws or simply an overcard and are typically referred to as semi-bluffs due to the possibility of winning whether or not the bluff scares your opponents away. If you’re new to poker, you should avoid bluffing with losing hands.

It takes a fair bit of bravery to win at poker. Of course, playing carefully is always advised but being too timid can work against you. Rookie poker players normally shy away from running opponents out of the game even if they have strong hands. Playing your strong hands to build up pots is a good strategy but it also doesn’t mean you should always play or raise your strong groupings after a flop.

If it’s unlikely you’ll be outdrawn, there aren’t many cards to hinder you from collecting on a later street, or the other players’ range is pointing towards a heavy hand that isn’t strong enough to bet for value nor expected to win at showdown, then go ahead. If for any reason you feel unsure as it pertains to the aforementioned criteria, just bet.

Also, very importantly, it’s wiser to fold if you’re unsure of your hand to a certain degree. Good players are able to determine whether or not they should fold despite having a good hand if they reckon they’re holding a weaker hand than at least one other player at the table. Ensure to make a mental note of the hands you fold in such a case so you can analyze the wisdom or folly of the move and whether you should do the same in a future situation.

How to Work Fewer Hours Without Affecting Quality of Work