Seasoning a Cast Iron Skillet: 7 Essential Thing You Need to Know About 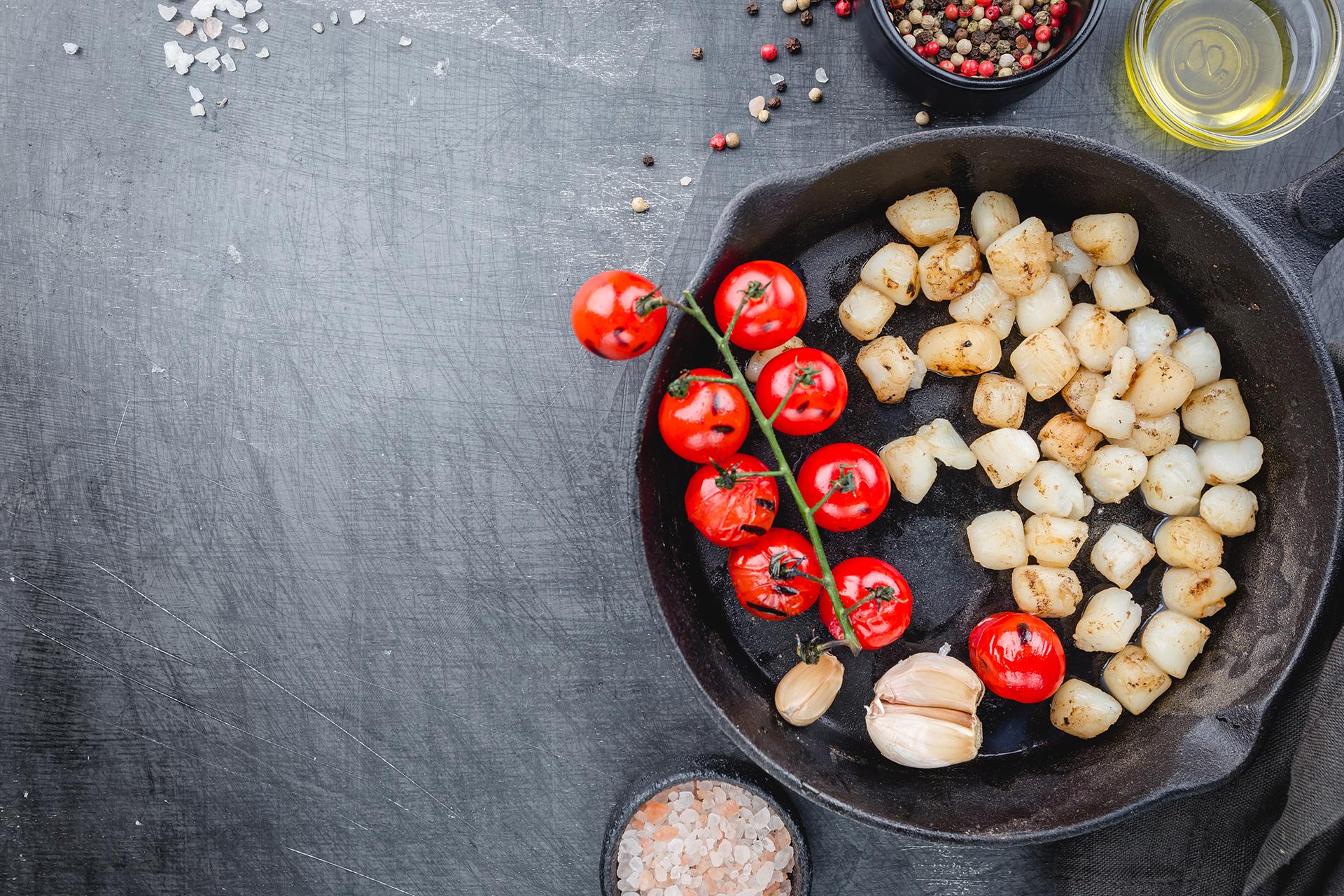 Cooking with a cast-iron skillet is similar to learning to cook a new cuisine. Not only does it give you a taste of new flavors, but it also changes all you know about cooking.

There is an issue with cast iron cookware. You need to know how to maintain the cookware. Or learn a few things about seasoning cast iron skillet.

Don’t worry. You are going to master the process over time.

The reason why mastering this process comes so easy is that it is a part of cooking. Without seasoning, your food tastes worse, and your skillet deteriorates faster.

Thus, to harvest all benefits of cast iron skillet, you have to season it on the regular. Luckily for you, that process is simple, and it isn’t time-consuming.

How to Season Your Cast Iron Skillet To season a cast-iron skillet, use soap or detergent, a sponge, washcloth, brush, and plant-based oil. As you can see, you need things that you already have in your kitchen.

The process is simple. First, you take the soap, sponge, and brush and wash the surface of the cookware. Use neutral soap or detergent without many chemical additives. Then, leave the cookware to dry.

Once the cookware is dry, put the skillet on a preheated stove. Put oil on the skillet and let it evaporate, then remove it from the stove. Clean the excess vegetable oil with the washcloth, and the seasoning is over.

The process of seasoning helps your cookware to retain durability. While a cast-iron skillet may last for decades, its durability is a matter of maintenance.

Cast iron skillet is big enough to allow you to fry meat, bake bread, and even make sweets. Thus, you are going to experiment a lot and cook various recipes.

Without cast-iron seasoning, your cast iron skillet loses its quality. You are going to lose a piece of cookware that could last for decades. However, you are going to experience another more pressing issue. The reason why you season the food is to allow the food to retain cast iron flavor. People try cast iron cookware to get a specific taste other cookware won’t provide.

Cast iron skillet gives a juicier flavor to all the food that you cook. That is due to the specific cooking procedure of the cast iron cookware.

All food you cook in the cast iron skillet soaks up the juices and retains them in the dish. That is why cast iron cookware is so excellent when preparing meat and vegetables.

Without cast-iron seasoning, acidic foods kill the overall flavor of the food that you cook.

Another reason to perform cast iron seasoning is due to the simplicity of the process. It takes a few minutes to complete.

However, you have to do it multiple times per week to take effect. Even with that, don’t look at the cast iron seasoning as a chore. Look at it as a part of the cooking process to make it easier.

After all, you can look at the cast iron seasoning from the following perspective. Avoiding cast iron cookware is going to make the purchase meaningless.

With the cast iron seasoning, you make a long-term commitment to have an excellent piece of cookware. Another reason to season cast iron skillet is due to its low maintenance nature. After all, all the things you need you already have in your kitchen.

It also makes sense if you think about it from a financial standpoint. Look at your average piece of cookware. Sure, you get it for a lower price, and it requires less maintenance. But, it also lasts shorter than the cast iron cookware.

Since you need a brush, soap, sponge, and oil, dedicate yourself to the process. Once you buy the cast iron skillet, it lasts for a lifetime with proper maintenance.

When people think of maintenance, they think of some chore that lasts for hours. While cast-iron seasoning may sound like that, it is a different thing altogether.

You can do the whole cast iron seasoning in a few minutes. Imagine that you finished cooking for the night. You wash the dishes and leave them to dry.

There you have it, that was the whole process of cast iron seasoning. When you think about it, a few minutes to season the cookware is nothing compared to the decades of using the skillet. And, it is a matter of effort, nothing more.

Finally, seasoning a cast iron skillet is a show of another important trait of any cook. It shows how dedicated you are to culinary art.

In the end, a cast-iron skillet is nothing more than a piece of cookware. You can have a Gordon Ramsey kitchen and still make an average dish.

So, you have a choice to make. You have to choose if you want to make the cast iron cookware work for you.

Learn How To Season Cast Iron

It is recommended to master the cast iron cookware. Cast iron seasoning takes a few minutes to do, and it gives you so many benefits.

Take the chance to make your cooking skills extraordinary. Enjoy meals that are tastier and healthier than ever before.

How to save time during your cleaning?

How Much Does It Cost to Put in Energy Efficient Windows in Toronto?