Light the Way: 9 Reasons Why You Should Go Solar 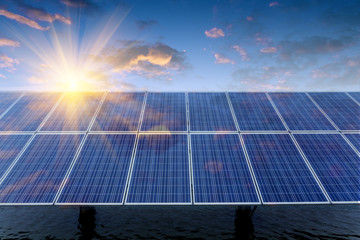 Why Go Solar? 9 Reasons Why Solar is Better

Why go solar? If you’ve been asking yourself this question for a while and don’t know the answer yet, then you should keep reading. Here, we’re discussing 9 compelling reasons why solar power is the way to go. After 2042, almost all fossil fuels may be entirely depleted save coal, an energy resource highly avoided because of its environmental pollution and health effects. That means the world will have to turn to other sources of energy.

Although experts debate the best type of environmentally-friendly power, there can be no doubt that solar may be an alternative for the future. The sun, after all, is expected to exist for at least another five billion years. Which leads to the question …

If you’re contemplating utilizing the sun for energy, you may be surprised at just how far its benefits go. Read all about them here and discover everything you need to know about going solar.

What Is Solar Energy?

Solar energy is utilizing the energy from the sun and transforming it into a usable form on Earth.

During nuclear fusion, the sun creates an intense amount of energy, some of which is lost to space in the form of radiant energy. Although it takes the sun millions of years to create and shift this power from its core to its surface, it only takes the light it produces a little over eight minutes to travel the 93 million miles between it and Earth.

Much of this light is reflected back into space, is used to evaporate water or is absorbed by plant life. The rest is there for us to utilize as solar energy. In fact, the amount of sunlight that strikes the US in a single day is enough to provide energy for the entire nation for a year and a half.

Where Is It Being Used?

Solar energy is being used across the world. As of 2016, Germany, China and Japan were leading nations in the world’s pursuit of solar power. In the US, solar power is booming in California, Arizona, North Carolina and many other states.

It is often used for heat and electricity, and its popularity is surging. This has caused more companies offering solar services to spread throughout the US. California Solar Power is one such business, offering solar power throughout California, possibly one of the best locations in the US for such energy.

There is any number of reasons an individual or business should utilize solar energy. We’ll list our favorite 9 here.

2. Save Thousands of Dollars

One of the largest misconceptions people interested in solar have is that it will cost them money. The truth is, you will save thousands of dollars, albeit over a period of years.

In Canada, one educational district switched to solar energy to power about 25% of its school. The project is currently saving them $30,000 a year in utility costs.

The same idea applies to homeowners. With solar panels or systems, they save an average of $100 to $200 on monthly utilities.

After tax credits (more on that shortly), consumers usually pay between $10,000 to $30,000 for solar panels or systems. With the savings experienced each month and depending on location, that typically means they earn back their investment within five to 10 years.

Now let’s talk about that handy tax credit we mentioned.

The Residential Renewable Energy Tax Credit offers a 30% credit for any homeowners using renewable energy to power their abodes through 2019. That means if you spend $20,000 on a system, you’ll save $6,000.

If you’re still worried about costs, solar energy systems can usually be paid off through monthly installments.

We mean really low. On average, homeowners will have to pay a whopping $150 to get their solar panels cleaned annually. And to top it all off, they don’t really require much maintenance.

Keeping solar panels and systems clean is the biggest worry for anyone who owns a system. Most have automatic monitoring included with installation; it will warn owners when something is amiss or if there are efficiency issues.

If maintained properly (you know, the annual cleaning thing), these systems can produce energy for up to 25 years.

7. Increase the Value of Your Home

Did we happen to mention the small fact that adding solar systems to your dwelling will increase its overall value?

In a “green” state like California, you’ll earn your initial investment back. There, homeowners enjoy an average increase of $20,194. That’s a 97% return rate.

Compared to the 60% return investment for that kitchen remodel you’ve always wanted, you’re looking at more money when it’s time to move.

We all worry the Earth is just going to go kaboom at some point, and all the turbulent weather is making some a little wary. However, with solar energy, you’re no longer dependent on a utility company to provide your power.

In the case of a blackout, you’ll have everything you need to keep the lights on.

It’s okay; you can laugh at your neighbors as they scramble in the dark.

Finally, there’s the fact the sun hits everywhere (except maybe locations near the poles for several months–sorry, guys), so you can enjoy solar power no matter where you’re at.

With all the benefits, you can probably see why people are scrambling to invest in solar power. However, there are things to consider.

In areas with long periods of night or cloudy locations, consumers must use stored electricity. That requires having a backup system of generators.

Additionally, many scientists are concerned about the process used to manufacture photovoltaic cells, which are responsible for absorbing the sun’s rays. Toxic materials and chemicals are used to create these, and sometimes hazardous fluids are used to transfer the heat within systems.

Even with these considerations, however, the benefits to the environment and to homeowners themselves vastly outweigh these issues.

Are you ready to join the green movement? Now that you know the answers, “Why go solar?” seems like a silly question. The better one may be “Why not?”

If you’re interested in other environmentally-friendly advice, be sure to consider a community and school garden. These gardens are another great way to promote green habits that may secure our future.

Read all about it here and take action to save the beautiful world we live in.

How to save time during your cleaning?

How Much Does It Cost to Put in Energy Efficient Windows in Toronto?