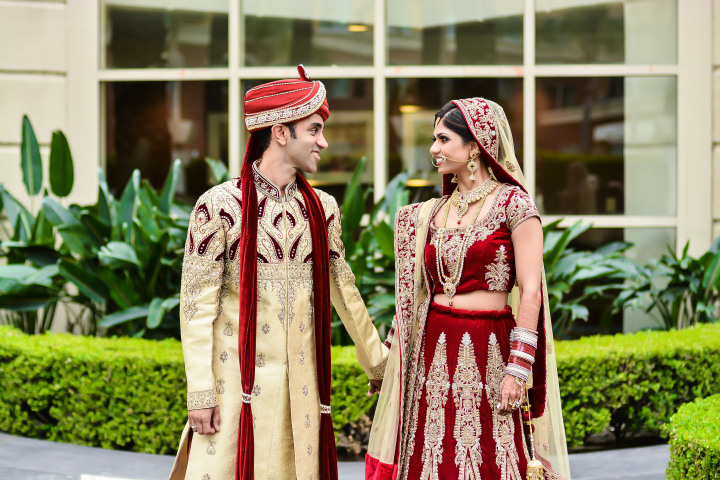 Many societies around the Indian nation are becoming more progressive in how people live their lives. Most of the Indians are following and holding on their traditions and their beliefs. You will note that there are ancient types, of weddings in the Hinduism mythology and Indian citizens are still abiding by their rituals contained in themethodology. They wish to feel as if they are connected to the roots when they are almost embarking upon on a very important new journey of marriage.

This article guides you through to the different types of the marriages in India which upholds various beliefs and traditions of the Indian citizens. These types of marriages are very unique ceremonies and they are full of fun and laughter. The Parsi wedding is also known as the Lasgon wedding is a type of marriage ceremony that follows all the customs and traditions of the Parsis. The rituals performed in this ceremony are very much different from an ordinary Hinduism wedding. The customs and rituals performed are very simple but more interesting because we do not often need to participate in the Parsi wedding. The Parsi marriages customs and rituals last for about one week. The ceremonies take place in a bag or an agiary. This is the holy temple or the fire temple of the Parsis. During the ceremony, thegroom will go to the stage where the mother of the bride will perform achumichu. In this ritual, the bride’s mother will circle raw eggs, coconut, rice, areca nuts, and dates and then throw the mixture over the head of the groom. She then takes some water and she throws it over on both sides of the groom. This is a unique type of ritual performed at a Parsi marriage ceremony. The marriage attire of the bride and the whole idea of the groom dresses are very unique along with a unique cuisine to treat their taste buds. The marriage ceremony is lavish with a lot of fun, music,and dancing.

These types of marriages are very simple and short. During the feast, there is a lot of rendezvous, chatting, fun,and dancing with close friends and family members. The marriages have a lot of fun, but the traditions and rituals performed are very simple. They are typically unique from all other types of Indian weddings. You should not mistake that all the south Indians weddings are similar. Tamil marriages are the most elaborate of all the Indian marriages with a maximum number of long and short rituals and traditions to follow. But note that, the Malayali marriages are very simple. This feast or the ceremony is called the villi. The marriage ceremony normally takes place during the morning hours as compared to most of the other Indian marriages which take place in the afternoon and evening hours. During the ceremony, the groom will tie a thali around the neck of his bride at the end of all the traditions and ritual. From there friends and relatives will commence to a frolic and fun for a couple of hours.

These type of marriages are the most accepted among the Indian citizens. Buddhist is a religion of simplicity and peace. But note that it is not all Buddhist sect who realizes the purpose and the teachings of the Lord Buddha. But this simplicity aspect will reflect in a normal Buddhist marriage ceremony. Buddhist marriage is the least extravagant type of a marriage among Indian citizens. The simplicity of this ceremony makes it appear very special. Only simple traditions, rituals and simple prayers are performed. These types of marriages do not involve a lot of investment, extravagant expenses or jewelry. Additionally, it also does not involve fixed rules and elaborative rituals. There are a few traditions and rituals like Nanchang and khachang but there is no prescribed way to do them. The groom and the bride get married at a monastery. It is very vital to note that Buddhist temples are the ones licensed to legalize weddings and the marriage ceremonies are done quickly and very simple.

Jain marriages have the Indian marriage structure in their traditions and rituals such as a sagai, a lagan lekhan,and a lagnavachan. For the marriage, there is phere, baraati, kanyadaan,and the granthi Bandhan. The marriage ceremony follows swahgrsahamagaman and ashirvaad. Those rituals are common among other types of Indian marriages, but what makes Jain marriages different is the Jinagrahedhanarpana ritual that is performed. This is a tradition where the close family members of the groom and the bride offer gifts and donations to the poor members of the society at the temple immediately after the prayer. Most of them offer clothing and food to the needy group of people on a special occasion. A Jain marriage is incomplete without performing its after marriage traditions and the kindness to the poor people. Philanthropy is also part and parcel of the Jain marriage ritual.