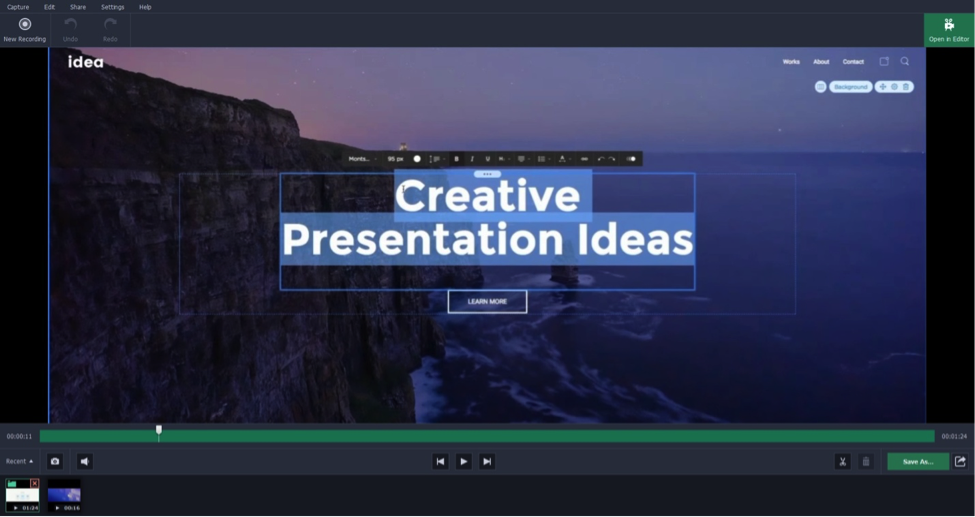 Online live videos are great. Some of them are educational such as business or marketing webinars while you will also find entertaining videos like live music concerts. But the glitch is the live video streaming sites don’t allow you to download the videos. So, if you are unable to catch a video when it is being broadcasted online, you cannot watch it anytime later. However, not anymore, thanks to screen video recorder.

Movavi is an internationally renowned software developer and its screen capture studio has already earned great fame and rave reviews. Are you looking forward to know more about the Movavi program? Well, here is a brief review on Movavi Screen Capture Studio.

To start with, Movavi Screen Capture Studio allows you to record a live streaming video online which you can save in your system to watch later. It can capture any kind of live videos online. From Skype calls and live webinars to movies and TV series- it can capture everything. You can also use it to record audio files online.

The special thing with the Movavi program is that it’s a 2-in-1 software. More precisely, added to being a high end screen recorder, it can also serve as an advanced video editor tool. You can use the video editing module here to customize the captured live videos. You can adjust volume, fix visual quality and can even enhance the visual with special effects. Otherwise, you can take the help of the video editor to create full-fledged video clips. As a Movavi screen recorder user, you will be able to create video blogs, how-to videos, tutorials and what not!

Then, you can even use the Movavi Screen Recorder to capture screenshots which you can use later in your business as reference.

It’s to note here despite all such advanced functionalities, Movavi Screen Capture Studio is extremely easy to use. Anybody with basic computing skills will be able to operate the software.

What can you do?

An interesting tip to know

If you are in a rush and cannot sit before the computer to record a live video manually, you can use the timer feature of the Movavi program. It allows you to set a time duration before you start the recording. After you hit the “Play” or “Start” button to begin the recording process, the Movavi program will start to record the video and then automatically stop when the timer reaches the set time limit.