The Top 6 Most Iconic Ferrari Models of All Time 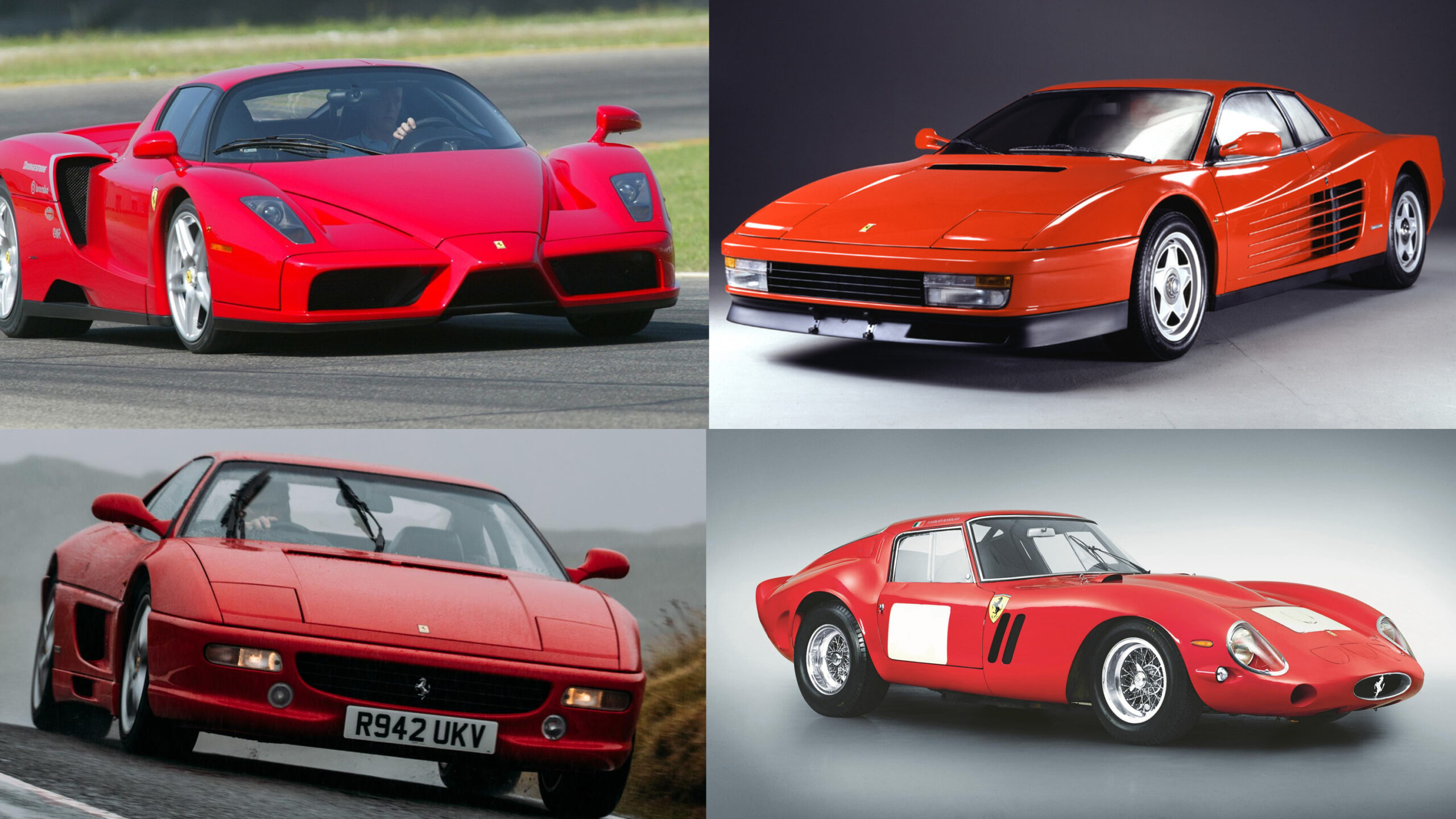 The Ferrari is certainly one of the most iconic sports car brands ever created. From its relatively modern roots in 1947, when Enzo Ferrari began making his own cars, the brand has grown to become synonymous with speed, great handling, and all-around class.

Ferrari has gifted car lovers with numerous classics over the decades, often blurring the lines between race car and road car, and making a world beater out of the most average drivers. Picking out the top five Ferraris ever made is a truly hard task. Nevertheless, the ones we have settled on are some of the most iconic cars ever made.

Made famous by hit show, Magnum P.I, the Ferrari 308 GTS is a Ferrari classic that has come to be a ubiquitous status symbol. It’s probably not the best Ferrari ever made in terms of pure technical capability, but it was the first V8 powered, mid-engine production from Ferrari and must be recognized as a genuine pioneer in its class.

At the time the F40 was launched, Ferrari was fending off Porsche’s aggressive onslaught via its 959 supercar. The F40 was also the last car that Enzo Ferrari would sign off on before he died—and the first production car to exceed the 300km/h threshold.

To many, the 458 is the one car that is most emblematic of the Ferrari philosophy. With superb aerodynamics, the 458 is a true head-turner—a beauty with brawn in the form of a thundering 600 horsepower. The 458 also earns a place on this list by virtue of its being the last of its kind—the last naturally aspirated V8 brought to us by Ferrari.

The La Ferrari literally means “the Ferrari”—obviously thought of by the company as being expressive of the Ferrari brand. Despite its powerful V12 engine, the La Ferrari also comes with a back-up electric motor, making it Ferrari’s first hybrid road car. The La Ferrari and some of the other models on this list are available at Ferrari of Rancho Mirage.

The Ferrari 125 S is no match for any of the supercars on this list—it is over 70 years old after all, and earns its spot here by virtue of being the original Ferrari race car. Enzo Ferrari’s first-ever build, the 125 S was powered by a V12 engine, which was Enzo’s preference then, a standard that continues to mark Ferrari supercars till today. The 125 S got the Ferrari brand off to a flying start with a win at the Grand Prix of Rome, making it doubly deserving of the honor.

This car ticks so many Ferrari boxes. It was the first Ferrari 275 GTB ever built – and the subsequent 275 GBT boasted reinforced glass, a modified hood, two rearview mirrors, and auxiliary lights. A 3,285cc Tipo 213 SOHC V12 engine powers this Ferrari, which features vacuum-assisted Dunlop disc brakes and independent suspension all round.