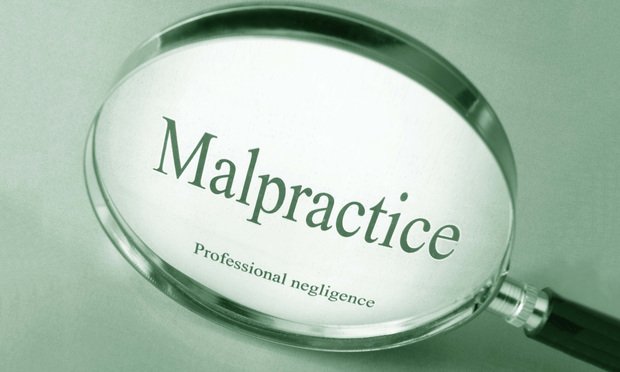 Malpractice lawsuits happen all of the time across the country, yet there are a worrying number of cases which are not immediately brought to legal attention. More often than not this term is used to refer to medical issues which have taken place as the result of someone not doing their job properly, or an accident taking place. The Law Offices of Dr Bruce. G Fagel & Associates focus particularly on this kind of case and they have revealed some staggering statistics about the number of cases which they don’t find out about until years after the event.

Reporting malpractice is critical and here is exactly why.

The issue with not reporting this is of course that it never gets fixed, but those late claims are a problem too. Reporting malpractice years after the event means that there are less people around to corroborate a story, evidence has been lost and ultimately it becomes harder to prove in a court of law. Many are too worried to go ahead with such a claim, but it is essential that they do.

The most compelling reason why this needs to be reported as soon as possible is so that it doesn’t happen again in the future. In general, most cases of malpractice are brought against someone who has a history of it, rather than it being an isolated incident. What this means is that if you can win a malpractice case against someone who is guilty, or against a body which is guilty, then you can drastically reduce the chances of this happening to anyone else in the future. Dangerous organizations or individuals have to be stopped if they are not up to the standard which they should be.

As an individual who has been subjected to malpractice it is critical that you get the compensation that you deserve. Most victims lose a huge amount of money from being off work, and beyond this the damage which malpractice can often have on emotional wellbeing is huge. For this reason damages most certainly should be paid after malpractice, and a suit will ensure that this happens. Furthermore, any individual or organization which is hit heavily in the pocket, will be far more inspired to ensure that all of their operations are fit for purpose.

Many think that the only time a malpractice suit should be brought forward is after it has caused real damage, this is not the case. In many cases you may simply have been lucky that something didn’t go wrong, but that doesn’t make the behaviors right. For example let’s say a surgeon is under the influence of alcohol when they operate on you, even if things go well, you have to bring that to someone’s attention if you find out about it. Failure to do so means that something could happen far worse the next time around.

If you have a sense that you have been a victim of medical malpractice, you have to come forward.