3 Easy to Do Origami Folds that are Perfect for Children 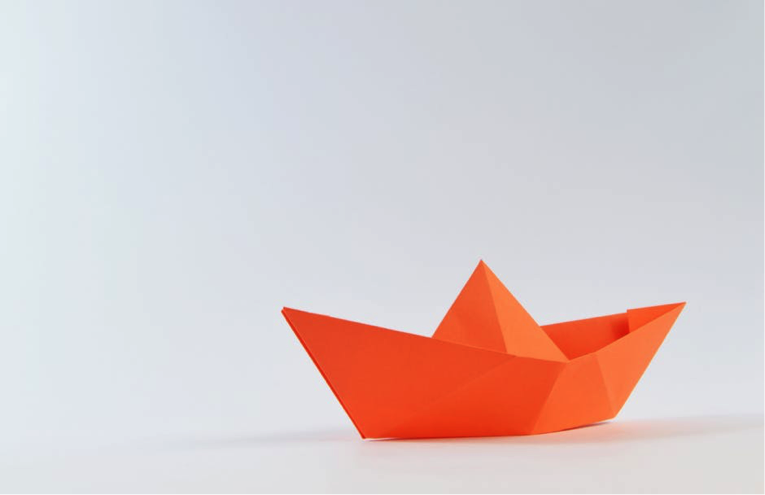 Origami is one of the oldest crafting arts in existence, being almost as old as paper itself. In the hands of a skilled origami master, the results can look absolutely astounding, but even in its simpler form, origami is quite fascinating. It is a great way to incorporate the concepts of geometric shapes into young kids and for planting the seeds of artistic creativity in the process. Introduce your own kids to the world of paper art with the help of these three classic origami folds that are easy to both learn and teach.

It’s hard not to start with the classic boat that has been the most iconic paper art across the world and various cultures throughout history. Take a rectangular (the difference between the length and the width should be minimal) piece of paper and fold it lengthwise in half towards yourself, before folding down the two corners of the closed upper side into two equilateral triangles that form one single triangle on top. There should be a ridge left below the base of the triangular shape with two open ends, which you are then supposed to fold upwards; one open end to each side of the paper. Tuck the jutting corners into the gaps neatly, until the whole thing resembles a triangle again, with a pocket inside. Bring the two opposing corners of the triangular shape together, but instead of folding side to side, bring the corners together at the bottom, squashing the pocket to get a rhombus shape. Fold the two open ends of the rhombus, one on each side to form another triangle with a pocket inside. Repeat the same steps once more until you get a triangle with a pocket again. Open the triangle by holding the other two corners than the ones you just folded in, and your boat is ready to sail.

Order square paper for your origami fish in various colours and designs from https://www.raaaft.com/ and make sure that there is a size difference between the fish you make to add dimension and variety to the project. Take one of the square pieces of paper and then fold it according to the following directions to begin.

At this point, the paper should have one horizontal crease right down the middle, separating it into two equal halves. Hold the two corners of the horizontal crease and bring them together, while creating two equilateral triangles on each side with pockets. Compress to smooth out the paper. Take any one of the two triangles and fold each side until they overlap each other equally and perfectly, resembling a fish tail or the Eifel Tower. Turn it over to add eyes, colour and design.

Remarkably similar to the paper boat, the origami hat is one of the easiest origami designs that anyone can learn. Read the instructions on the paper boat till the part where you reach your second rhombus shape. Now, instead of folding it into the last triangle that would be opened into a boat, just put your finger in the pocket/hollow and broaden the shape to get your paper hat.

These are only the basic instructions for learning the concepts behind these three classic and easy origami designs, but be sure to experiment with coloured paper, crayons, designs and try out modifications of your own to truly bring the work to life.